Bouncing Back From A Mistake

At some point in everyone’s life and career, you’re going to make a mistake.  Whether it’s choosing the wrong size when buying pants for your son, entering the wrong date on a check in Quickbooks which completely throws off the opening Trial Balance, or putting cinnamon instead of cumin into that taco dish (been there, done that), as accountants and moms we are no stranger to making mistakes.

It happens to everyone, even the most conscientious and organized working moms.  Just by virtue of the fact that you have a very busy life, balancing an accounting career with a family, all while trying to do your best in all areas of your life, can often lead to mistakes as you try to keep all the balls you’re juggling up in the air.

It may or may not be helpful, but when you are feeling annoyed or ashamed because you made a mistake, you’re not alone.  Even the people who may have been affected by your mistake and might be upset or angry, have been there (or will be) at many points in their life as well.

Unfortunately, as intelligent women, after we make a mistake we often feel the incredible weight of shame and disappointment in ourselves.  We hold ourselves to a standard that doesn’t allow for mistakes to happen, often shutting down or turning against ourselves.

This is particularly common when a mistake is made at work or in your business.  Whether you are an accounting employee or an entrepreneur, you immediately wonder:

Even if the mistake happens in your personal life, as a mother you are most likely much harder on yourself than you may realize.  You might feel like there are many eyes watching you, which makes mistakes that much more visible and able to be scrutinized.

Sadly it can often feel like you’re living under a microscope, overly exposed with a giant scarlet letter on your chest letting everyone know that you’re not good at what you do because you made a mistake.  The challenging thing for working moms is that the high standard that you’re trying to achieve is only adding more stress and overwhelm to your already overburdened shoulders.

In order to be both the accountant and mother you want to be, you need to get out from under the weight of a mistake so you can bounce back and keep doing what you are here to do.  The world doesn’t need you to be perfect, it needs you to know how to handle mistakes when they happen and not let them derail your progress forward.

This week I’m going to discuss why we make mistakes and how to bounce back after making one.

Why we make mistakes

No matter how hard you try, it can be humbling when you make a mistake.  You might find yourself finally in a groove at work, or comfortable with how things are at home, and all of a sudden you can’t remember whether you left the iron on, or you forget to ask your client about whether they have any new dependents to claim this year on their tax return.

Hopefully you can see that there are many reasons why you may make mistakes, and that a lot of it is not your fault because you have a human brain.  When you add the fact that you have a human brain to being a busy working mom being pulled in so many different directions, it’s no wonder that mistakes happen.

How to bounce back after making a mistake

We all stumble for various reasons, but for accountant moms it’s often due to the increasing overwhelm and stress that you have weighing on you day in, and day out.  As this current pandemic has probably added even more stress to your life, you might be noticing more mistakes being made, making it even more difficult to balance everything.

Unfortunately, the accounting profession lends itself towards perfectionism, making it challenging when mistakes are made.  We are taught to be incredibly diligent in our work, dotting all the I’s and crossing all the T’s, so when a mistake is made, whether it’s personally or professionally, it can be difficult to bounce back.

It can become your main focus or even obsession, trying to make sure you never make a mistake again.  As a hard working accountant and mom, you want to be able to say and do the right thing all the time, but that’s a lofty but impossible goal, and is also incredibly draining.

Sadly, the worst thing that can happen when you make a mistake is that you shut down and turn the mistake against yourself.  You wind up playing small because you’re afraid, fearing that you’re going to fail, or that someone will be angry or disappointed in you.

It’s human nature to want to hide from a mistake because evolutionarily we are a species of “survival of the fittest”, not “survival of the most vulnerable”.  Humans have survived by being the strongest and most revered, therefore as we evolved, mistakes were perceived as weakness and were something to be hidden.

But the truth in our modern day times is that mistakes don’t need to be a matter of life or death; there’s nothing wrong with making mistakes, learning from them, and moving on from them.  The only problem with making a mistake is when you make it mean something about you, personally or professionally.

Here’s a bit of tough love – you are NOT a special snowflake who needs to be perfect, therefore, you are supposed to make mistakes along the way.  You are supposed to get things wrong sometimes, it’s okay when people are disappointed, and you get to show up knowing that when you make a mistake, it’s not the end of the world.

The people you’re worried about judging you or being upset with your mistakes aren’t special snowflakes either.  Their life is 50/50 as well because they also have a human brain that can’t help making mistakes for all the reasons I shared before about why we make mistakes.

In order to bounce back from a mistake, think about how you are with your children when they make a mistake.  You don’t banish them forever because they’ve made a mistake; you show them how to learn from them and you help them to move forward.

You have to give yourself the same permission to make mistakes, to not always get it right, to make choices that don’t work out, to say things or do things that don’t get you the results you want, and to have your own back no matter what.  If possible, it’s also helpful to find humor in your humanness.

The simplest thing is to just own it, instead of keeping it a dirty secret and spinning in worry about being found out.  Just own it, make amends if necessary, correct the mistake if you can, learn from it, and move forward.

Another thing that is really helpful in bouncing back from a mistake is noticing and lessening the judgement you have of others for their mistakes.  The more you allow others to be human and make mistakes without your condemnation, the easier it will be for you to move past yours.

In other words when you stop judging others, you won’t assume they’re judging you.  By giving others a pass and not seeing them in such a negative light when they make a mistake, you’ll have a gentler approach towards yourself as well.

When you consider all the reasons why we make mistakes and how it’s just because of how our brains think and perceive the world, it’s much easier to give yourself a break when you make one.  The truth is that you are naturally susceptible to errors and that’s okay.

What you choose to make any mistake mean about you and how quickly you bounce back is totally within your power to decide.  Hopefully you have a better understanding of why we all make mistakes and that you choose to drop the perfectionist tendencies that most accountants have, allowing yourself to enjoy the balance of your humanness.

- The challenging thing for working moms is that the high standard that you’re trying to achieve is only adding more stress and overwhelm to your already overburdened shoulders.
- There are many reasons why you make mistakes, and that a lot of it is not your fault; you have a human brain.
- The only problem with making a mistake is when you make it mean something about you, personally or professionally.
- Here’s a bit of tough love – you are NOT a special snowflake who needs to be perfect, therefore, you are supposed to make mistakes along the way.
- The more you allow others to be human and make mistakes without your condemnation, the easier it will be for you to move past yours.

This article was originally featured on cpa-moms.com/podcast. If you’d like some help exploring the choice to work part-time, please feel free to schedule a free mini session or email Dawn Goldberg at dawn.goldberg@cpa-moms.us.

Latest from our blog 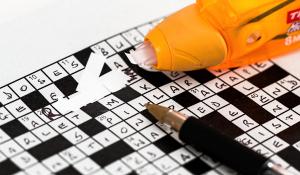 Bouncing Back From A Mistake

At some point in everyone’s life and career, you’re going to make a mistake.  Whether it’s choosing the wrong size when buying pants for your son, entering the wrong date on a check in Quickbooks w 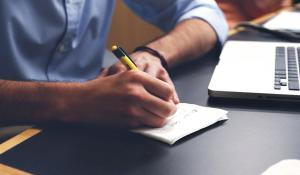 Why Documentation Best Practices is Critical

Strong documentation should be a priority for any business regardless of size. 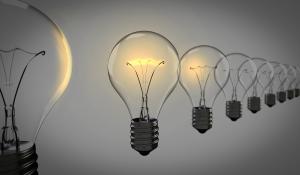 In today’s economy, there are many professionals working as freelancers and independent contractors or in a part-time capacity. 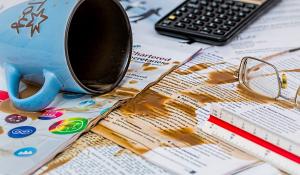 5 Mistakes That Jeopardize Your E&O Coverage

In today’s litigious society, claims and lawsuits against professionals have become all too common.